The T'Watt VIP has the following tone stack, but bear in mind it has two extra stages of gain in the pre-amp to make up for the loss in the stack. 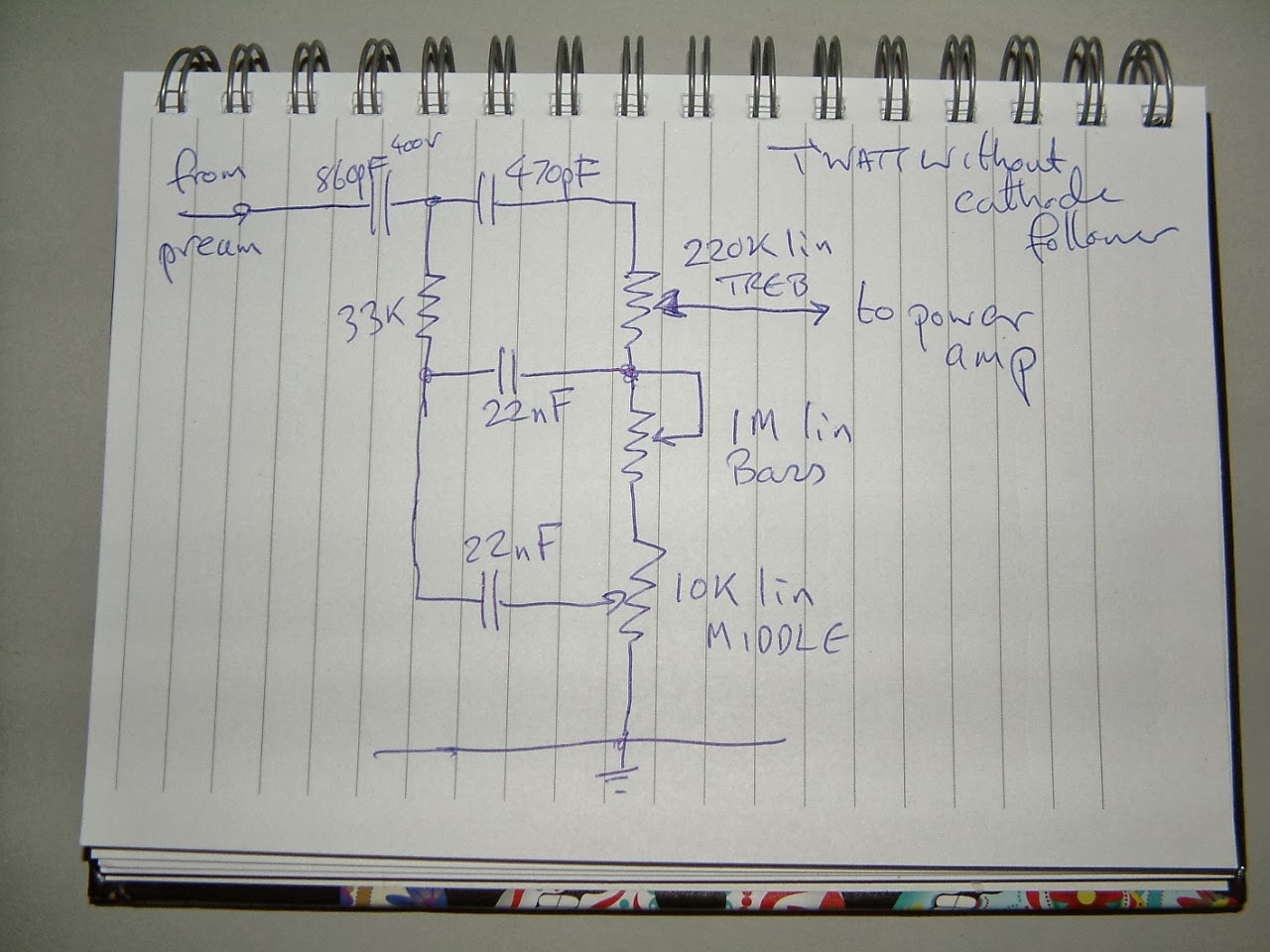 The 860pF cap shown at the input to the circuit can be left out. It was a throwback from an earlier tone circuit that didn't decouple the DC between the pre and power stages.. With this tone stack the decoupling between pre and power stages happens with the three caps in the circuit. This drawing was done from the actual amp layout a while ago. I've since physically removed that cap.

This tone stack is the one I've been happy with for over a year now in the current T'Watt. It does everything I want it to.

The original T'Watt had no tone stack at all, and didn't suffer because of it. If I wanted less trebles, I simply wound down the tone on the guitar. ;-)

However, I started experimenting.

With a cathode follower in the circuit to drive the tone stack... 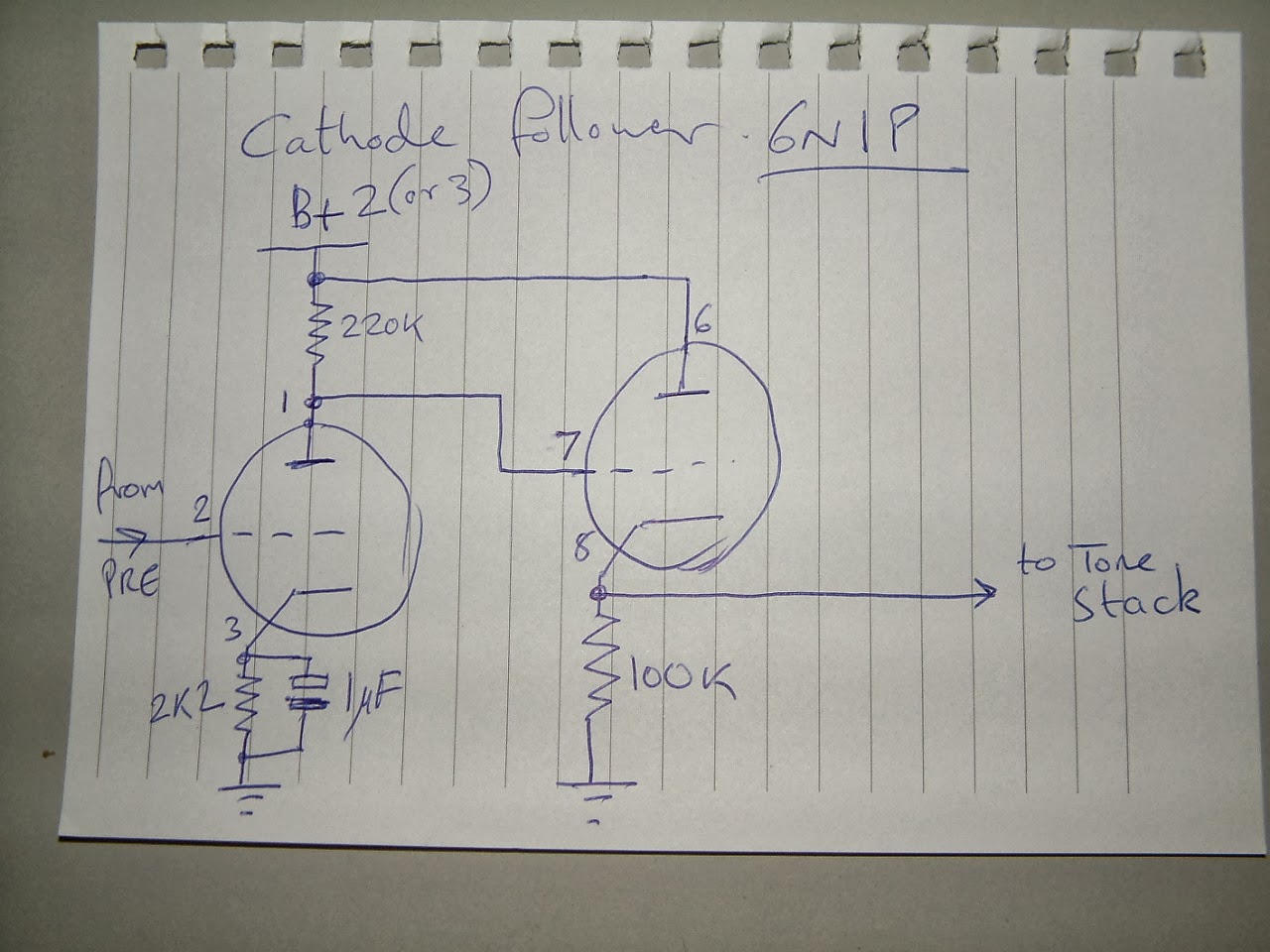 ...I found that this bass and treble circuit gave me the best results. 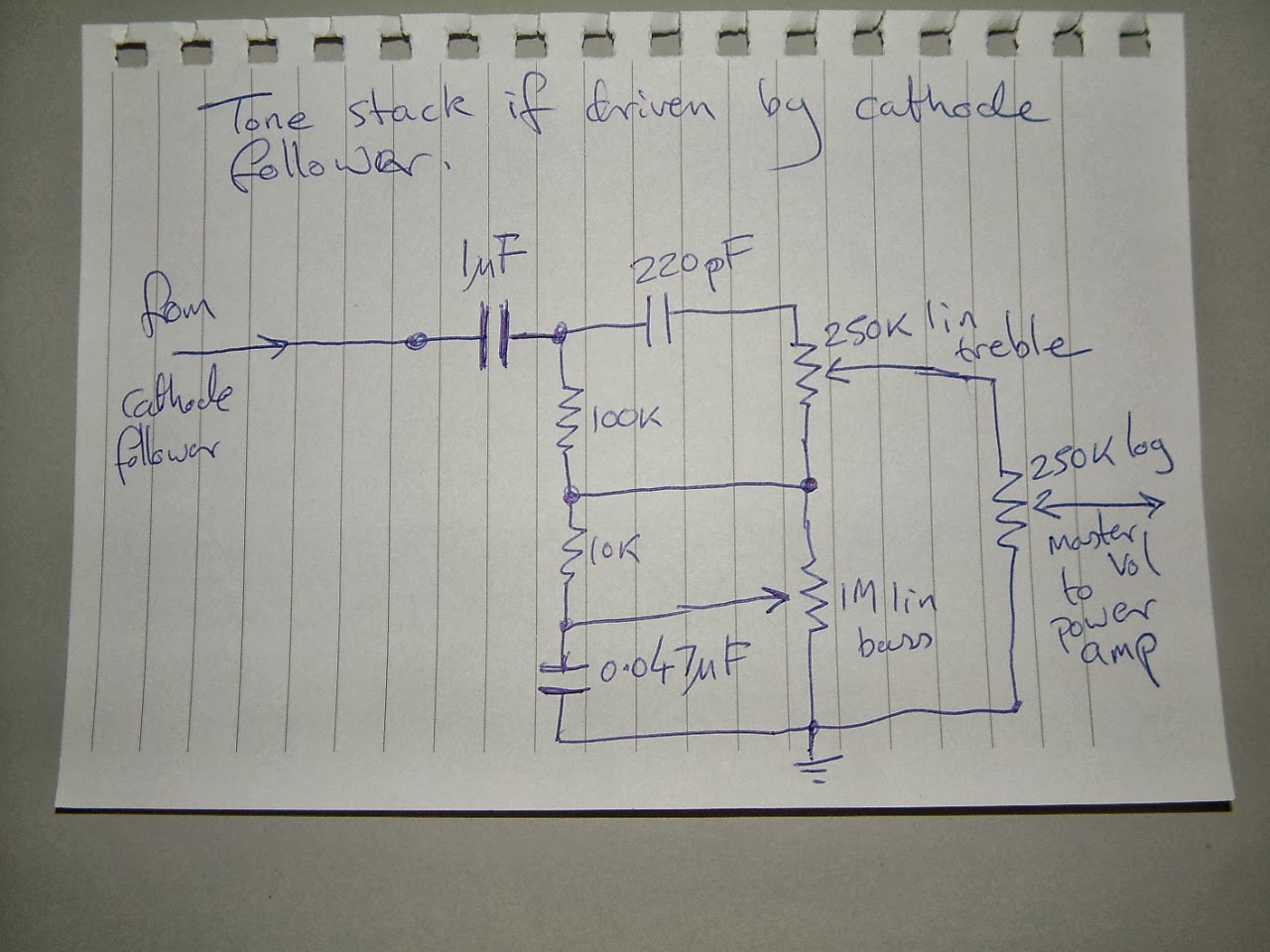 And in that circuit, the 1uF cap is there to decouple the DC between pre and power stages. You can fiddle with that value, just don't leave it out. I tried a version with a middle control, but it was too fussy. The controls were just too interactive. This one gave good results for the lowest component count.

I would strongly recommend downloading and playing with Duncan's TSC (tone stack calculator) to get some ideas and to "see" what the response curves look like when you tweak the values.
Posted by Dragondreams at 06:54